There is a saying in fan circles: Italy beats Germany. Germany has encountered Italy on the court in recent years, losing more and winning less. Even if its strength on paper is higher than that of its opponents, it is always difficult to play against Italy. There are even people who talked about the two world wars, saying that the Italians had pitted the Germans twice in these two world wars, and they were also the nemesis of Germany during the wars. 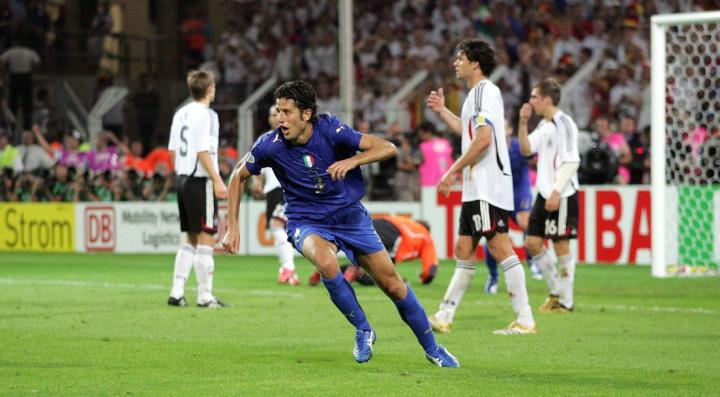 But on the historical stage, the first encounter between the Germans and the Italians ended in a German victory. Moreover, the Italians at the time were much stronger than the Germans. This is the Battle of the Teutoburg Forest that took place in 9 AD. In this battle, the Germanic tribes annihilated the three armies of the Roman Empire.

It should be noted that the "Italian" and "German" we are talking about here are the current concepts and names. At that time Italy belonged to the Roman Empire, while Germany at that time belonged to Germania. Strictly speaking, there was no concept of "Germany" at that time, and they should be called "Germans" here.

The name "German" comes from the Gaul language, which was given by Caesar in Rome and means "neighbor." So-and-so "nia" refers to the place of so-and-so. "Germania" refers to the area north of the Danube and the Rhine River basin that the Romans generally referred to, and it contains most of the German territory today. 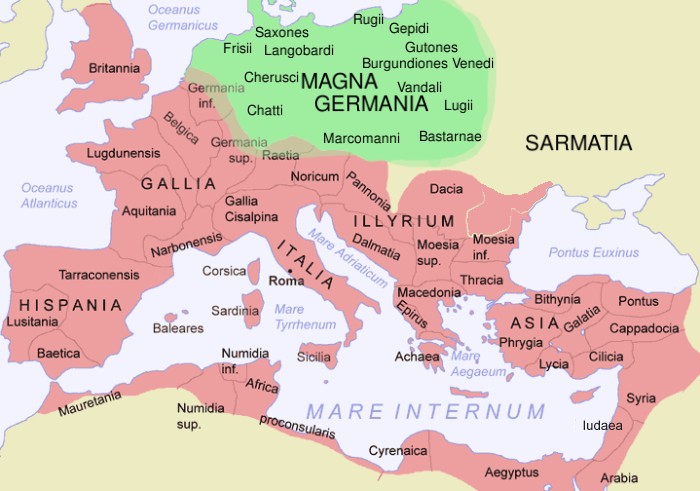 In the perception of the Romans at the time, the Germans were uncivilized barbarians, without civilization at all, and they were also a major threat to the Roman Empire. Augustus, the first head of the empire, had been planning to completely occupy Germania and erode it step by step. In 5 AD, Rome established the Germania province on part of the occupied Germania, with Varus as its governor.

Varus had also guarded Africa and Syria for Rome. His rule was very strict, and he would charge high taxes, imposing cruel suppression on the insurgents. His method of rule also caused dissatisfaction among the German tribes. Even the Germans who had surrendered to Rome gradually became rebellious.

To completely conquer Germania was a huge challenge for the Roman Empire. The Germans were extremely brave in battle. The ancient Roman historian Tacitus once described in the book "Germania": "(The Germans) on the battlefield, the bravery of the commander is not as good as others, which is a shame to him; the bravery of the servants is not as good as the commander, and Their shame. If their commander died in battle, and he survived the battle, this would be a lifetime shame."

A key role in the battle of the Teutoburg Forest was an officer of the Roman Empire named Arminius. He is a German, the son of a chief of a German tribe. Since childhood, he was sent to Rome by his father as a hostage. He received a Roman education and joined the Roman army. After he grew up, except for his race, he was no different from the average Roman soldier, and he was very familiar with the Roman military system. The name "Aminius" is a Roman name, a Latinized form of "Herman". 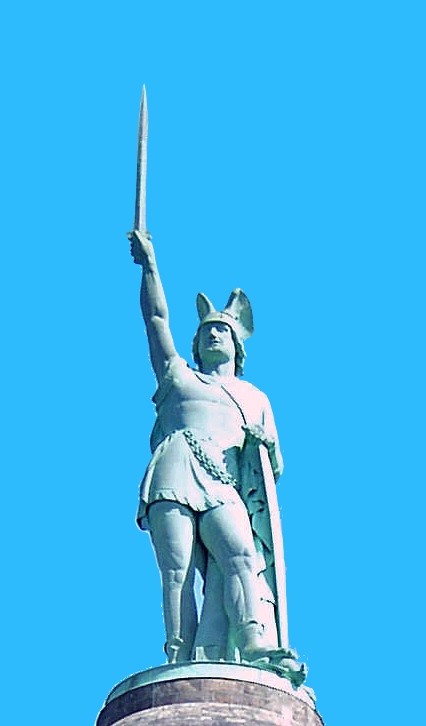 When the Romans were fighting, they would group some foreign soldiers into teams. And Arminius became the captain of the German cavalry in Rome. In this battle, he followed the orders under Varus's hands. But in Arminius' heart, he had already planned to give the Romans a fatal blow. Varus was on his way to the middle of the game. He didn't know that there was a traitor in his army. 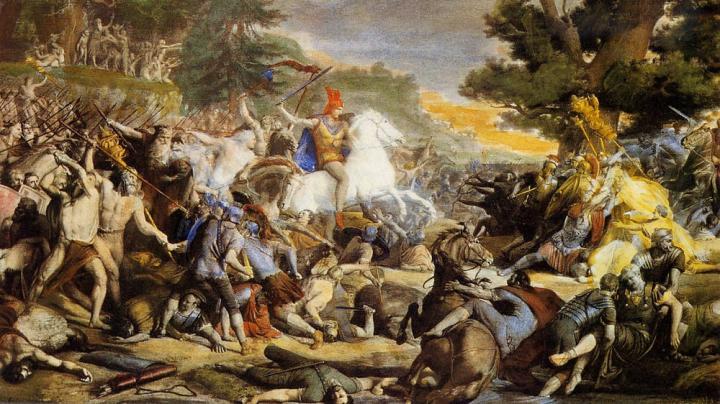 In the autumn of 9 AD, 25-year-old Arminius provided Varus with false information, saying that the Germans had launched a rebellion and asked him to send troops quickly. Believing it was true, Varus led his 17th, 18th, and 19th Corps, plus several cavalry units, to suppress the rebellion. And Arminius led Varus's legion step by step into the trap set by the Germans.

In fact, someone reminded Varus. This man was called Sejesz, also a German, and the father-in-law of Arminius. But in fact, he was against his daughter marrying Arminius. Therefore, there is a contradiction between him and Arminius. At this time, he realized that Arminius was designing to lure the Roman army, so he told Varus: guard against it.

Varus didn't believe him. The Romans walked into a dense forest along a narrow path. This is called "Teutoburg Forest". According to archaeology, its location is about 20 kilometers north of Osnabrück, Germany. 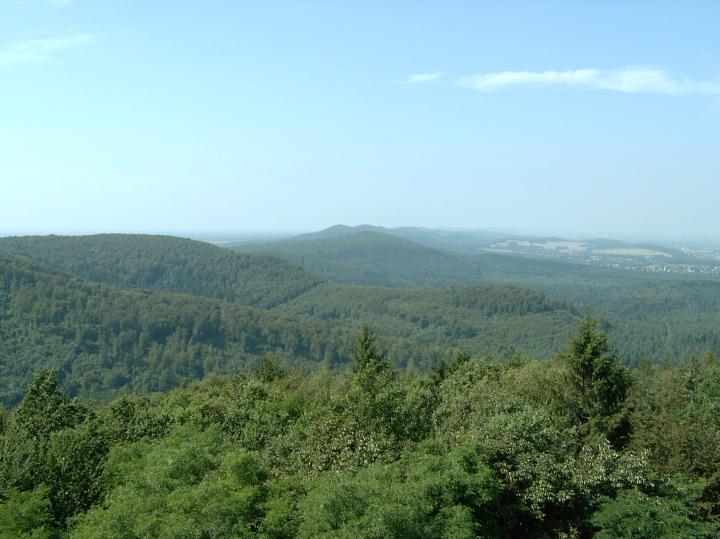 Because of the dense forests and swamps, the Roman soldiers were inconvenient to move, the ground was not level, and the branches kept falling down. The Roman soldiers marched as they fell trees. In addition, there were storms and heavy rain at that time, and the ground was slippery. During the march, the formation of Roman soldiers gradually elongated, even as long as 20 kilometers. Most of these Roman soldiers lacked combat experience, and Varus did not send a reconnaissance team in advance, and the flanks were not protected. The three legions walked into an unfamiliar place with their eyes completely blackened.

Arminius and the Germans chose an excellent ambush spot. The passage here is narrow and is a funnel-like area. When the ambush started, the Germans suddenly rushed out, surrounded the Romans, and shot the Roman army from a distance with javelins and bows. Since Arminius grew up in Rome, he knew the fighting habits of the Roman army, so he made targeted deployments. 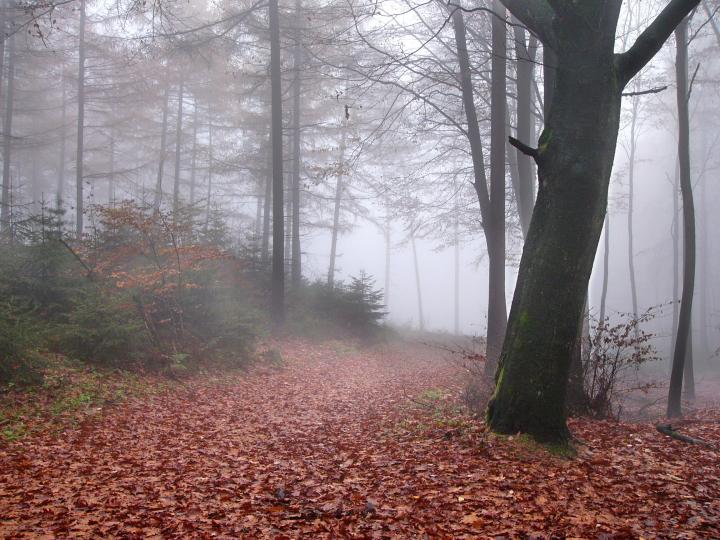 The Roman army was in chaos for a while, unable to accurately counterattack in the forest, and soldiers continued to fall. After suffering heavy losses, Varus reorganized his troops to seize the hills as far as possible to the high ground.

The next day, the Romans burned the chariots that were unusable in the forest, and after a lot of luggage, they proceeded more orderly, hoping to get as close as possible to the camp near the Rhine. But the forest seems endless. The Romans were not familiar with it, while the Germans knew the terrain well. The Germans did not give the Romans a chance to breathe and continued to attack them. If it were on the plains, the Romans would have won without suspense. But in the forest, space was limited, and the Roman army was squeezed into a ball, all becoming living targets. They collided with each other, unable to line up, and when they wanted to disperse, they would be blocked by trees. As a result, the Roman army suffered another big defeat. 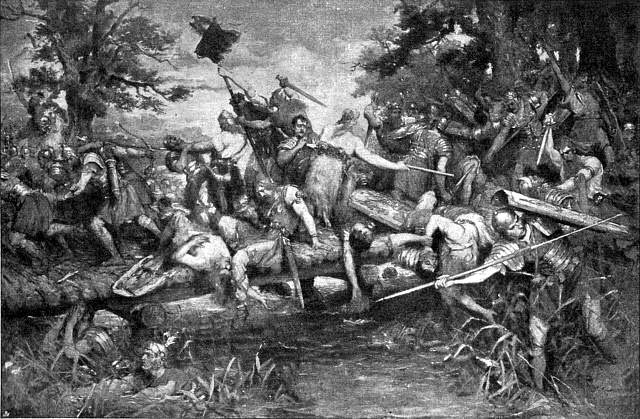 On the third day, the wind and rain continued in the forest. The Romans were getting more and more difficult to travel, and they were unable to set up camps to protect themselves in bad weather conditions. What's more terrible is that the Romans wore heavy armor and held heavy weapons, and became heavier after being dipped in water, which made it difficult for them to use them. The Germans, who went into battle lightly, were agile and mobile, quickly attacked, quickly retreated, and became more confident as they fought. Seeing this, the nearby Germanic tribes also joined in and attacked the Romans from all directions.

Many senior officers were afraid of falling into the hands of the Germans. They believe that the Germans are barbarians, and after being captured by them, they must end badly. As a result, Roman officers committed suicide one after another. But Varus himself saw that the general situation was gone, and chose to commit suicide by drawing his sword. It is also said that he arranged for his senior officers to kill himself. The Roman soldiers didn't want the general's body to fall into the enemy's hands, and wanted to bury Varus. But under fierce battle conditions, there is no such time.

Some Roman cavalry gave up their infantry and fled towards the Rhine, but most were intercepted and annihilated. Not to mention the infantry. Although they wanted to escape, almost no one could escape. The battle lasted for three to four days, and the Germans achieved a total victory. Arminius found Varus's body, cut off his head, and sent someone to Marrobodus, the ruler of Bohemia. Marobodus was also the chief of a German tribe. He once fought with Rome, but later they reconciled. Arminius gave Varus the first level to him, which meant that he would rebel against Rome again. But Marobudos did not want to be an enemy of Rome. He handed the head of Varus to the Roman Empire for burial and remained neutral.

In this battle, all three Roman legions were annihilated, and more than 20,000 men were lost. This was also one of the greatest military failures in the history of the Roman Empire and bankrupted the Roman Empire's plan to completely conquer Germany.

The head of Rome, Augustus, was in pain after hearing of this failure. He tore his clothes, did not cut or shave for several months, and hit the door with his head, shouting: "Varus, return my legion to me!" Augustus is a ruler with a firm character. In addition, he rarely appeared gaffes, which shows how hard he was hit by the Battle of the Teutoburg Forest. 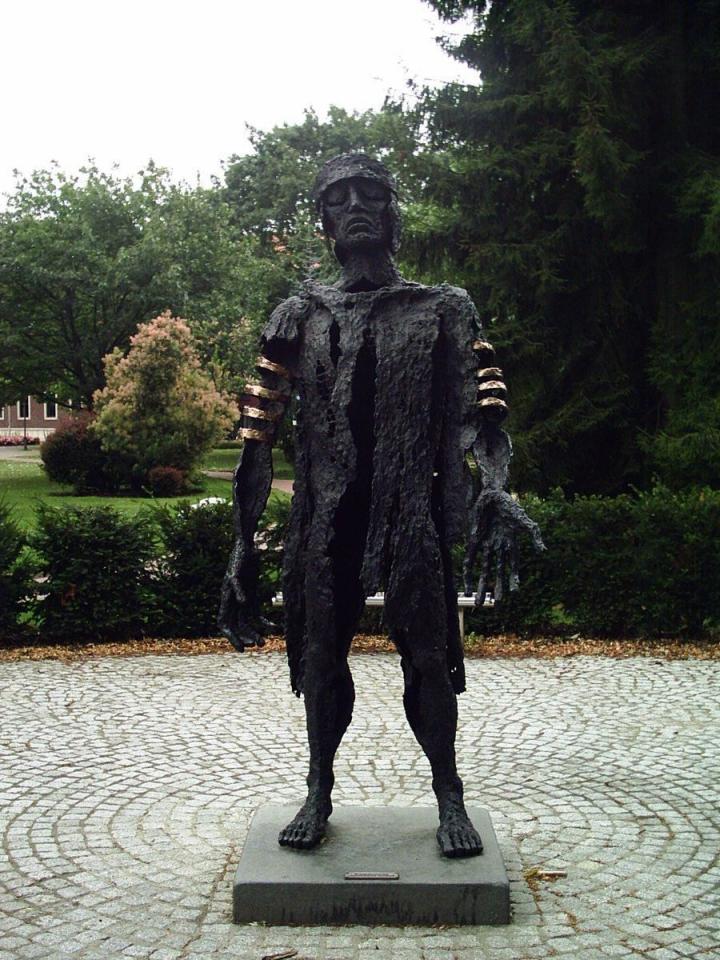 Although Varus was dead, the blame for the defeat was still attributed to him. Because of this failure, Varus' son's political career was also ruined. Due to this humiliating defeat, the names of the 17th, 18th, and 19th legions of Rome were not rebuilt. This was the first time in the history of the Roman Empire. Tiberius was also severely criticized for recommending Varus as governor of Germania.

Arminius became famous because of this battle. Until the 19th century when Germany moved towards unification, Arminius became a spiritual totem and was regarded as a symbol of German unity and freedom.

There is a football club in Germany called Bielefeld. The full name of this club is "Aminia-Bielefeld German Sports Club". The "Aminia" is taken from Arminius' name to commemorate this national hero. The city of Bielefeld is just northwest of the site of the Teutoburg Forest. 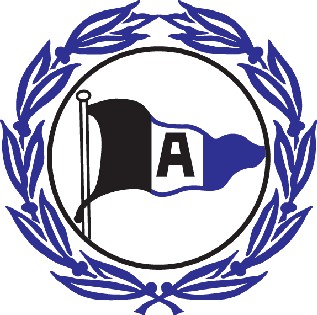