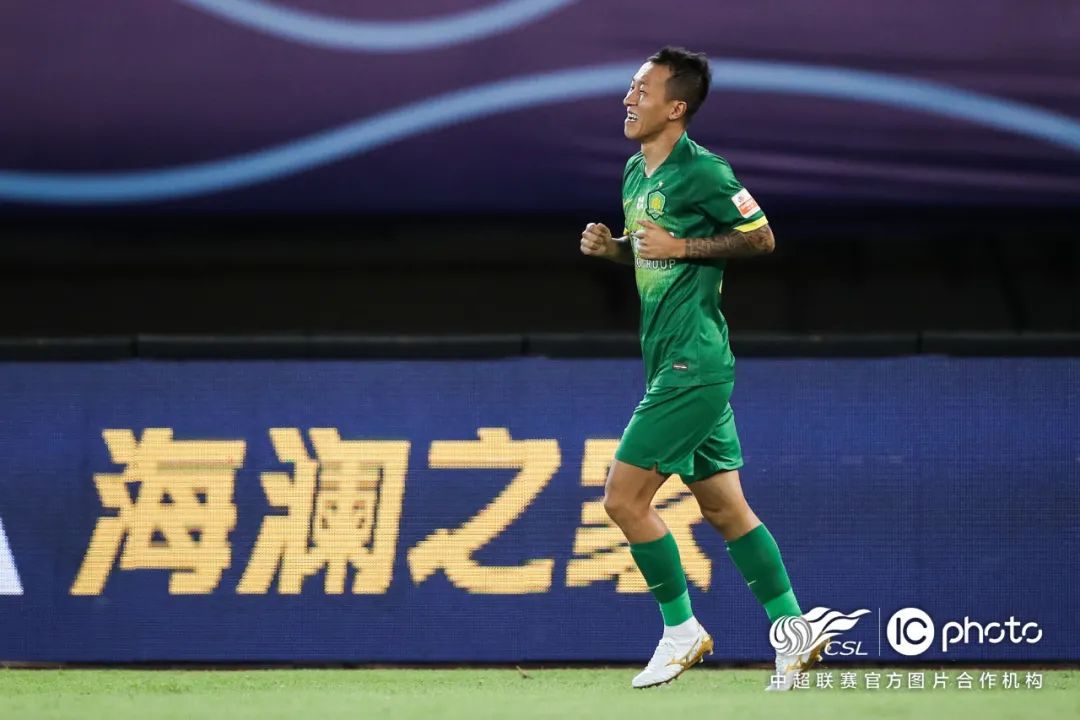 Tiger Fight, September 26, Beijing Guoan winger Jin Taiyan wrote on the official WeChat account of Guoan that he does not shy away from positioning himself as a substitute player, and it is important for players to recognize their positioning.

Everyone always says that a team does not distinguish between the main substitutes, but I think that is not the case. Like my positioning, it is mainly a substitute player. I think there is nothing to taboo about. It is important to recognize your own position. This does not mean that the substitute players are content with the status quo, but that the training and preparation of the main players and the substitute players are not exactly the same in the long season. Substitute players can't relax because they play less games, and must do their own psychological construction. Especially this year is a tournament system. The main players will also suffer injuries from one match after another. The substitute players must be prepared and adjust their state. If you fail to meet the requirements in training, you will not be able to meet the requirements even if you are given a chance to play. When training on the bench, you have to work harder than the main players and practice harder. I think that regardless of the main substitute, it means that after we are on the field, we all fight for every game. There is no difference. As long as we can play, we all want to fight for the game.

Some time ago, people criticized Kim Min-jae a lot. Actually, I know him well. His poor performance at the beginning of the season has nothing to do with off-court factors. The main reason is that he stayed in Korea for too long due to the epidemic and his training was not systematic enough. Therefore, as the season progresses, everyone will definitely find that foreign players including Jin Minya are getting better and better.

Because I can watch Korean programs on the computer in my house, Kim Min-jae always comes to my room to chat and watch programs together. I know a little bit more about his affairs. Everyone knows that he was just married, but many people may not know that his child was just born after he returned to China. Jin Minya himself is not very old, unlike many of our domestic players, who only have children when they are older. He had children at such a young age, and because of the special epidemic and competition system, he hasn't even seen a child until now. This aspect may have a greater impact on him.

To be honest, who doesn't want home or children. Before our athletes retired, we had to stay together with their families more and more. For competitions, winter training, and away games, we couldn't always stay with our families all year round, and we won't see them in these two months. I tattooed my child's footprints and handprints on my legs and body. I just wanted to create a feeling of being with my child. I always miss my family and give myself a kind of psychological comfort. This kind of homesickness is quite common in the team, and I hope everyone can understand us. Although we are homesick, it will definitely not affect our game state.

In addition to homesickness, I also miss the fans in Beijing. In fact, the whole team hopes to return to the home game as soon as possible. After all, the game is closed and it feels strange that there are no fans. In the game, everyone missed the fans, because in the Beijing game, the number of Beijing fans is large and most enthusiastic. I hope that no matter what difficulties the team encounters, everyone will continue to support the team and we will give back to everyone with our performance!