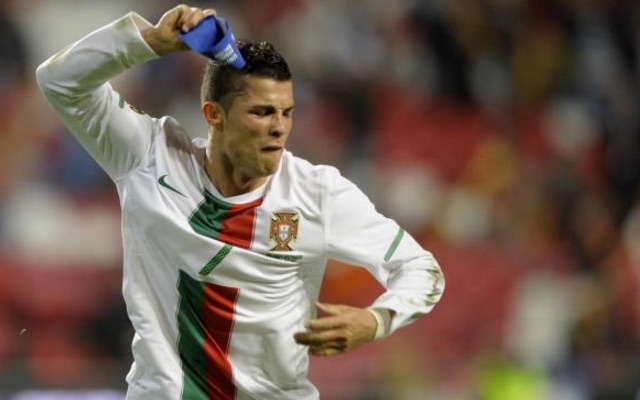 However, the scene of Ronaldo falling into the captain's armband in 2010 has become the strongest portrayal of his aggressiveness and national honor. Why can his career reach such a high level and why can he maintain such a long peak period? Everything is because he is always hungry for every goal and every victory.

In the 2010 World Cup in South Africa, Spain passed all the way to the final and finally raised the Hercules Cup. Among them, Spain’s opponent in the 1/8 finals was Portugal, and Villa’s 63rd minute goal sent Ronaldo and his teammates home early. Only 4 months after the World Cup ended, Portugal's warm-up game once again challenged World Cup champion Spain at home. Ronaldo and his teammates are holding back their energy, hoping to pull the World Cup champion down from Malaysia at home. 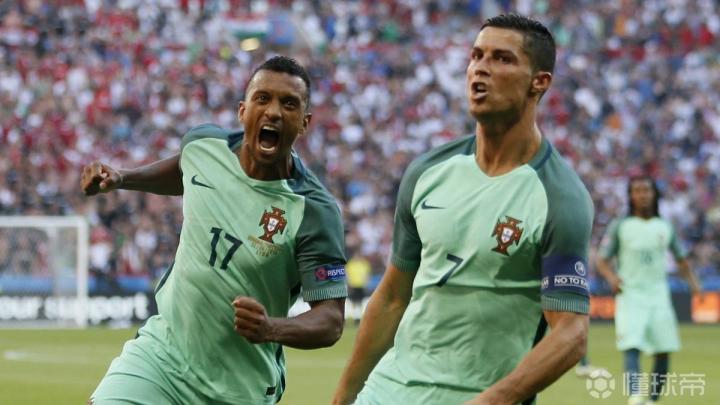 In the first half of the game, both sides had offense and defense. In addition to Ronaldo in Portugal, Nani's breakthrough on the right also frequently tore the Spanish defense. In the 35th minute of the game, Cristiano Ronaldo used his personal performance to almost help Portugal get the lead-Cristiano Ronaldo, wearing the Portuguese captain's armband, made a strong jump from the left, Pique was easily shaken to the ground by Cristiano Ronaldo, and Puyol quickly stepped forward to make up for defense. , The space in front of him is getting smaller and smaller, and the opportunity to kick is fleeting.

At the critical moment, Cristiano Ronaldo pulled the ball with his right foot and shot over the top of Casey's near goal post. The trajectory of the ball went straight to the goal, and there was no fact that any opponent could block the goal. However, Nani, who was eager to serve on the right side in the first half, subconsciously stretched his head in the face of the ball-seeing the ball fall into the net, Ronaldo Turning around and opening his arms to celebrate, the atmosphere of the home court instantly rose.

Suddenly, the linesman raised the flag for offside. Cristiano Ronaldo was furious, his right hand grabbed the captain's armband that had slipped on his left palm during the breakthrough, and fell heavily to the ground, venting his dissatisfaction with words in his mouth. If Nani does not "add more", that goal will undoubtedly become the iconic goal of Ronaldo's national team.

The result of that game was Portugal's 4-0 victory over World Cup champion Spain. Ronaldo played only 45 minutes before resting. An ordinary warm-up match, the result was even better than expected, but Cristiano Ronaldo still "chattered" on the goal after the game: "I have nothing to say, the blind can see that the goal is scored! I don’t know why, my wonderful goals in the national team will always be blown away. I remember that I once scored a goal after riding a bicycle, but it was declared invalid. The ball crossed the line a full foot."

Although Nani once said seriously, "All Ronaldo’s dribbling skills were learned from me in the youth belt", but the anger of the big brother was hard to dissipate, Nani honestly chose to apologize after the game: I headed the ball to the goal because I didn’t realize that it was an offside kick. It happened so fast that I didn’t have time to react at all. It was just a subconscious action with a little fever. I passed by After thinking many times, I decided to apologize publicly to Ronaldo. Originally this was a very good opportunity for Cristiano, and I shouldn't ruin him." 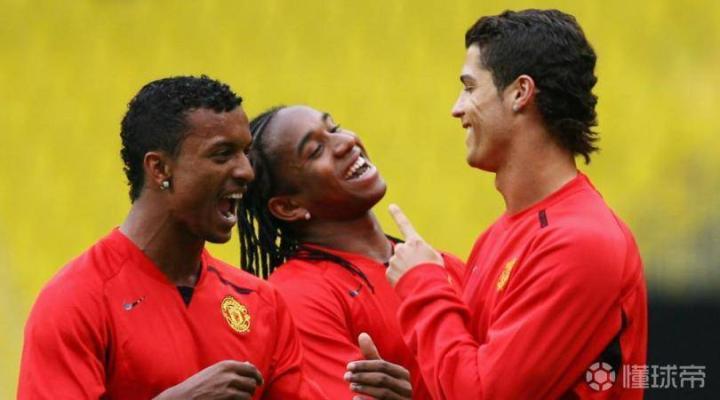 Until today, looking back at the goal, Ronaldo’s performance is still enough to describe it as "shocked"; so immediately after that game, Nani became the target of Ronaldo’s enthusiastic fans. Later, the two names of "Nani and Ronaldo" appeared together, and this goal was the most hyped up in the media.

However, the sensible voice was not absent the first time after the game. Some media after careful checking pointed out that all the accusations against Nani were completely redundant. On the one hand, the ball had crossed the goal line before Nani reached the ball; On the one hand, even assuming that the ball did not cross the goal line as a whole, Pique, who was knocked to the ground by Ronaldo, was dragged in the end, and Nani did not go offside for an instant.

"I think people can't forget this scene. Some people always want to bring it up." Nani was interviewed by the media at the end of last year and said bluntly that Ronaldo has scored countless beautiful goals in his career, not bad for that one. In fact, all post-match comments are veritable "after the fact". Professional players must make judgments within a few tenths of a second during the game. They are not born from the perspective of God. Ronaldo has also committed Nani style. error.

On December 13, 2018, Juventus challenged the young people of Bern in the Champions League away. The young Berners scored a goal in the first and second half of that game, leading the Bianconeri 2-1 before the end. The game entered the second minute of stoppage time, Dybala's left foot blasted out of the outside of the penalty area and the ball went straight to the upper left corner of the goal at high speed. Dybala raised his hands to celebrate after scoring the "flat goal", but the referee immediately raised the flag to signal that the goal was offside.

It turned out that Cristiano Ronaldo jumped in an offside position and tried to change the direction of the ball. Although Mr. Golden Ball did not reach the ball, his move involved in the offense in terms of rules and interfered with the goalkeeper's judgment-Cristiano Ronaldo He and Dybala protested for the first time, but they still couldn't change the referee's decision. Dybala's gold-rich goal was also cancelled because of Ronaldo's "overhead".

Unlike Nani's honest apology after the game that year, Ronaldo did not make any expressions after the game. Also at Juventus, Cristiano Ronaldo was robbed of a goal by Ramsey, but that goal Ramsey was not offside. Juventus defeated Lokomotiv Moscow 2-1.

On November 7, 2019, Juventus played against Lokomotiv Moscow at home in the Champions League. Shortly after the start of the game, Juventus got a free kick. Ronaldo took the penalty and the opponent's goalkeeper was taken off. The ball stumbled and rolled to the goal line. Ramsey made up for it. Kick. This is completely different from Nani's situation in that there is no risk of offside in Ramsey.

However, Ramsey made an apologetic gesture after the goal, and then pointed his finger at Ronaldo, meaning that the goal counts for you. "At the time, I felt that the goalkeeper was closer to me than he was to the goal line, so my instinct was to complete a fill-in. Later I also apologized to Ronaldo for this." The team's winning is more important than anything else. , This time Ronaldo didn't care at all.

Whether it's Nani, Cristiano Ronaldo or Ramsey, in the fast-paced game, they make instant judgments basically based on the intuition accumulated over the years-this intuition is right most of the time, and occasional mistakes. It is unfair for the parties to require every player with the accuracy of VAR and to infinitely enlarge a certain detail in a game. Take Ronaldo as an example. He is hungry for every goal and every game, but his career is not determined by a game. Being a “pig teammate” ruined Ronaldo’s god-level goals and plagued Nani for many years, but Nani and Ronaldo’s national team career created a fantasy chapter in the 2016 European Cup. Portugal stumbled all the way in that competition, which seemed dangerous at first, but finally advanced to the finals magically. In addition to Ronaldo (3 goals and 3 assists), the biggest credit is Nani (3 goals and 1 assist).

Nani's 2010 warm-up game ruined Ronaldo's terrible scoring script, and finally ushered in a perfect ending in the 2016 European Cup semi-finals. It was Ronaldo who played the same goal, and it was Nani who changed the direction of the ball in front of the goal. The result was a far cry from six years ago. Nani changed the course to help Portugal make another victory in the 58th minute. Ronaldo’s expression changed from 6. The glare from years ago has turned into a smile and sympathy six years later. In the semifinal against Wales, Ronaldo and Nani teamed up to keep the Welshman out of the final.

Ronaldo was injured in the final and couldn't persist. It was Nani who took over the armband of Ronaldo's captain. At the last moment of that game, Ronaldo turned into a coach on the sidelines and set an example for the little brothers on the field-it was Nani. In the end, Portugal overturned the French toast, Ronaldo gave the European Cup silver boots to Nani after the game.

For Ronaldo and Nani, this is the perfect chapter for the national team.