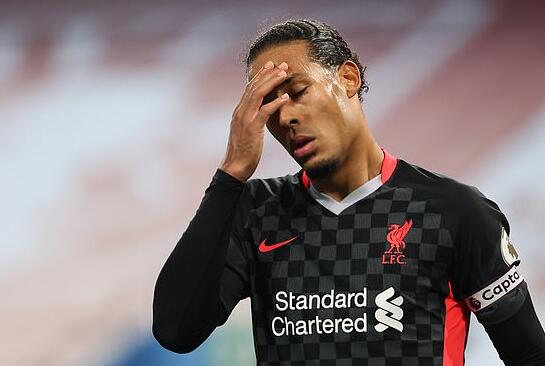 Manchester United legendary striker Andy Cole said that Liverpool’s Van Dyke has a weakness, that is, he does not chase back without permission and does not like the opponent's striker behind him.

Andy Cole is the main force of Manchester United's 1999 Triple Crown, one of the famous strikers "Black Wind Shuangsha", he is still ranked third in the Premier League total scorer (187 goals). Speaking of Van Dijk, Cole said: "Van Dijk is a really good player, but with my type, I would like to play against him very much. I feel I can take him."

"I like to watch the defenders perform and look for their weaknesses. In recent months, we have seen some weaknesses in Van Dyke. In the first game of the season against Leeds, I saw that the forward who caused him the most trouble was to insert him, The people who forced him to chase back, they scored three goals that day, Van Dijk would not enjoy this experience."

"He is the Rolls-Royce of the guards, but when others are behind him, he doesn't like to chase him back, and I like to play like this at the peak, so if I play against Van Dijk, I might become him The biggest nightmare."

"In this position, Van Dyke is an all-around player who makes defense look easy. But maybe he is not challenged enough. I don't worry about having a forward to give him trouble. Sometimes he relaxes his vigilance. This is due to human nature. Maybe this is also a problem for Liverpool as a whole. I am sure Klopp will find this problem and get the team back on track."