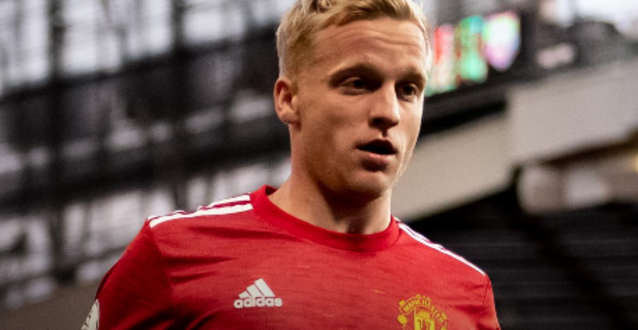 Van der Beck mentioned: "When I was very young, I said to my father: ‘I want to be a football player. I want to play for Ajax in the future.’"

"My father smiled and said to me:'If you want to fulfill this dream, you need to do your best.'"

In his teenage years, Van der Beck and his younger brother played for the Weinsee Boys Youth Team, where he met his spiritual mentor, Harmon Greywink. Van der Beck also talked about Greywink in an interview, he said: "When I was still playing for the Wayne Boys Youth Team. Greywink visited me on behalf of Ajax, and he directly I took it to Ajax."

"I have been training with Greywink during that holiday. He is a very special person."

"Greywink helped me a lot back then, such as helping me train shooting, adapt to training and competition, I talked a lot with him."

Van der Beek also reviewed his previous efforts to improve his strength when he played for Ajax. He said: "I have experienced ups and downs before. I am not always improving. I sometimes feel Uncomfortable."

"When I was younger, I lived in a small village about 40 minutes' drive from Amsterdam."

"The school is also far away from my home. I have to take the bus to school at 8 o'clock every morning, and I can't go home until 8 o'clock in the evening, and that experience has made me stronger."

Van der Beek also recalled his experience playing in the Ajax youth training camp. He said: "When I played in the Ajax youth team, coaches paid more attention to the players’ skills and tactics. Training, we have a lot of good coaches, and my teammates are also very good."

"This is also the reason why Ajax has achieved great results. Many young players in our youth academy have the opportunity to advance to the first team and get playing time."

"Ajax's young players will go to big clubs after they show excellent performance. This is the philosophy of Ajax, and this is what I learned."

"I improved my skills in the Ajax Youth Academy. We had great conditions in all aspects at the time, so we could improve our abilities in all aspects, and this is why I was able to make such great progress at the beginning. ."

"I have always believed that I can make progress, I have been working hard, I will continue to maintain this attitude, from Ajax to Manchester United is already a great improvement."

"And I want more now. I want to improve my ability and help the club win the championship trophy. We will fight for all championships."