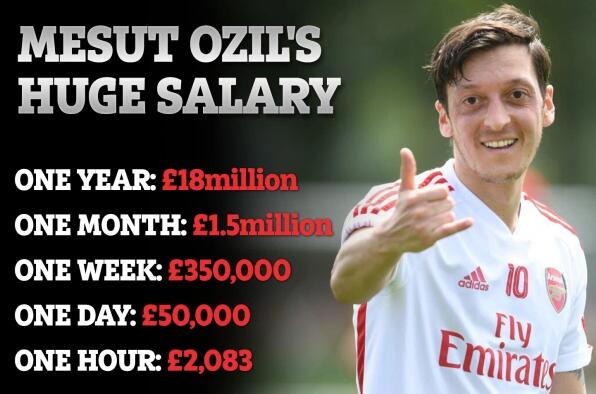 Before the summer transfer deadline, Özil had the opportunity to switch to the U.S. Major League or the Saudi League, but he refused and resolutely stayed at Arsenal. According to foreign media disclosures, doing so can earn him an extra £8 million bonus.

"The Athletic" disclosed that according to the original contract, at the end of September and early October this year, Arsenal had to pay Özil a loyalty bonus of £8 million as it entered the final year of the contract period. This clause was added when the two parties renewed their contracts in January 2018. At that time, this clause was set up by Arsenal in order to keep Özil from playing for the team for a long time. Unexpectedly, the German midfielder would soon become a burden, and I can't get rid of it.

Since March this year, Özil has never played for Arsenal in competitive games, but this does not prevent him from continuing to enjoy the highest salary in the team of £350,000 per week, which will continue for another year .