In the main scene against Newcastle, this is Mourinho's favorite opponent. Because, the team coached by Uncle Bird has faced the Magpies 8 times at home and actually won 8 consecutive victories! However, this time, with Tottenham dominating, they were pecked by the Magpies at the last moment, and it was a pity that the 3 points became 1 point. 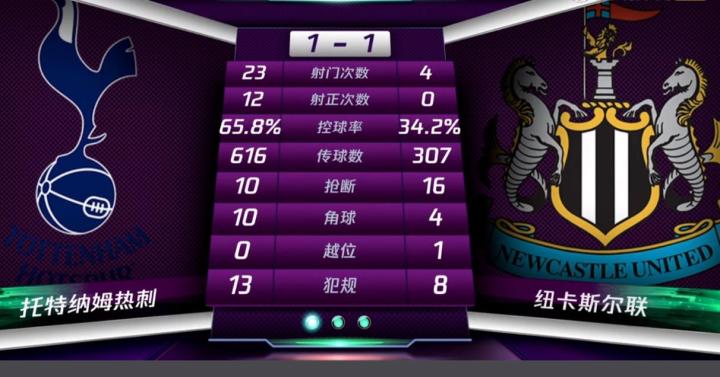 Throughout the game, Tottenham really dominated the game. 65.8% possession rate, 23 shots on goal 12 times but only one goal. Look at Newcastle again, 4 shots and 0 goals, goalkeeper Lori never even made a save before the penalty kick. Under such circumstances, Tottenham failed to score 3 points. In addition to the players forgetting to wear shooting boots, Mourinho may have to bear great responsibility for his conservativeness, underestimation and revenge. 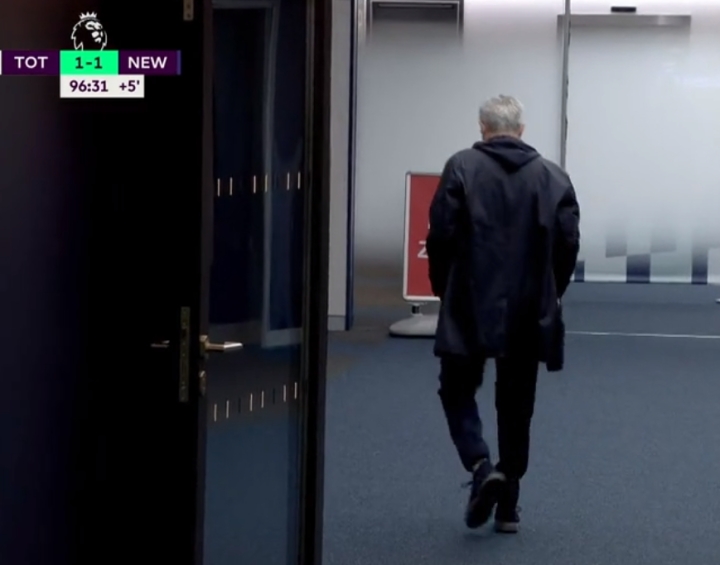 Tottenham played very well in the first half of the game, with a high ball possession rate and one-sided offensive advantage. It must be said that Mourinho used Kane's rear position + Sun Xingmin's tactics very well. Kane used his good overall view and superb passing ability to constantly pass threatening balls to Sun Xingmin and Lucas, allowing these two assaulters to play with ease. In the 25th minute, Sun Xingmin made an oblique pass. Kane followed up and made a pass to the left of the small penalty area. The far-end Lucas outflanked the empty goal and succeeded. Tottenham led 1-0. Since then, Tottenham continued to dominate the field, and Sun Xingmin even hit the crossbar and goal post. It seems that the hot Spurs will have another big win.

However, after Mourinho replaced Sun Xingmin at halftime, the vigorous Tottenham in the first half instantly became a team that would not attack. Although Spurs still had the advantage of possession and shooting in the second half, the threat was really not much, and it was incomparable with the first half. At the beginning of the second half, the commentary guest Li Jinyu issued an early warning: Mourinho replaced Sun Xingmin so early, which is not great. The result was really what he expected. Tottenham’s repeated offensives did not threaten, and Newcastle dared to invest in offensive forces. Carroll was replaced with a direct success. In the end, the Magpies satisfactorily took away from White Hart Lane. Take 1 point. Mourinho's replacement of Sun Xingmin is easy to understand, because Tottenham will play Chelsea in the League Cup two days later. Faced with his former club and proud disciple, Mourinho has lost twice last season, and this time he definitely wants revenge. In addition, in addition to Chelsea, Tottenham will be at Old Trafford on October 4th. This is another match against the old club. Moreover, they have not won against Solskjaer Bird twice before. This is still In a battle of revenge, Uncle Bird is a face-saving person, and he is determined to win these two games. This is not over yet. Tottenham’s schedule is indeed too dense. Chelsea and Manchester United are also mixed with a Europa League qualifying game. The substitution of Uncle Bird is not a big problem, but it is a little too big. In the Premier League, a score of 1 to 0 is absolutely unsafe. It is even more difficult to hold such a score until the end of the game. If you want to score 3 points and rest the main team, you must not be conservative and win at least two or three goals. Just work.