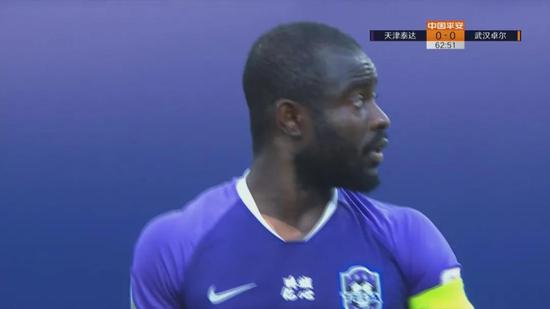 On September 28, in the final match of the first stage of the Chinese Super League (Suzhou Division), Tianjin TEda drew 0-0 with Wuhan Zall.

But as the saying goes, knowing the shame and then courageous, knowing the inadequacy and forging ahead, the deep inside of the successful strong people often have a history of humiliation. I hope the TEDA team can face up to their weaknesses and shortcomings and regroup in the second stage of the relegation battle. After all, only oneself can control their own destiny.

This game is subject to personnel restrictions. Wang Baoshan has a 4-4-1-1 rotation lineup and Achim Peng appears in the center position. Although the players performed very hard and the team created scoring opportunities, they were still unable to knock on the opponent's goal. The only gratifying thing is that, thanks to the hard work of the players, the TEDA team has zero opponents for the first time this season.

Two and a half months ago, if someone predicted that Tianjin TEda could not win a single 14 games in the first stage of the Chinese Super League, you would definitely think he was talking crazy, but with this round of league TEDA 0-0 draw with Wuhan Zall , This almost impossible thing actually happened. For the TEDA team, the past two and a half months have been like a horrible and long nightmare. The opening season has 14 rounds with 3 draws and 11 losses. It is difficult to win a win. Not only has it created the longest unbeaten record in team history, but also set a new In the 2013 season, Yatai set a record for the longest league start without winning 13 rounds. Regardless of the TEDA team record in the second stage, the team's 2020 season is destined to leave this shameful mark.

There is no love and hate for no reason in the world, and there is no undefeated or invincible on the court for no reason. Perhaps the outcome of a game is accidental, but there must be a reason for the invincibility of so many consecutive games. For the TEDA team, although the result of 14 rounds is embarrassing, it is not the most important thing. The most important thing is to figure out the reasons to ensure that the second stage will not repeat the same mistakes.

Looking back at these 14 rounds, you can say that TEDA has poor ball luck, constant injuries, and repeated misjudgments by the referee, but it should be said that these are objective factors. In the final analysis, TEDA's 14-round victory comes down to two points: One is that the team's core competitiveness is not enough; the other is that players lack the attitude of fighting for belief, reputation and commitment.

There is a sentence in the movie "Infernal Affairs", "You must pay it back when you come out." In fact, in a sense, the TEDA team is now paying off the 7th place in the league last year-meeting a good coach and meeting A group of good foreign players came across a season that always had intermittent periods. TEDA team set the best record in the league in 9 years, but such a record makes people forget that this is a team that has fought for relegation four times in five years. However, even the TEDA team themselves were deceived by such results. If the entire central axis was traded and the team was not sufficiently vigilant, with the defeat and defeat in the league, people suddenly discovered that the original TEDA’s The strength suddenly dropped so much.

In fact, under the condition of locking the bottom of the group in advance, even if TEDA wins this round against Zall, it is different from sweeping the previous shame, but Tianjin fans still hope that the team can use a victory to end the first stage of the league. Because this is not only about face and dignity, but also about the survival environment of the team in the second stage of the league. But what is regrettable is that the TEDA team failed to pierce the window paper after all. What is even more regrettable is that the TEDA team had a chance to win this three-pointer.

After the team lost to Qingdao Huanghai in the last round, the club executives were furious and bluntly said that they would “close tightly” to the players' minds. Even if they lose against Wuhan, they must “stand to death”. Objectively speaking, the "ideological work" of the club has had an effect. In this game, the TEDA team took the initiative from the beginning to the end. The 9 shots in the field were 3 times that of the opponents, especially at the end of the game. Opponents showed a strong desire to win, but in the end they still couldn't win. There was no problem with the player's attitude this time.

This may be one of the worst matches the Wuhan team played this season, but TEDA unexpectedly arranged a semi-main and semi-substitute lineup. The two center forwards Li Ma and Xiao Zhi who started the game were on the bench. On standby, Ahmedov and Bai Yuefeng did not even enter the roster. Of course, this kind of rotation is understandable when multiple players on the team are injured and physically fatigued. However, when the game situation is dominant or even besieging the opponent, the TEDA team did not make the full game until the 90th minute of the game. The only time it was replaced was when another substitute Zhao Yingjie replaced Cha Shiwei, which seemed a bit conservative.

In addition, after Achim Peng missed a penalty against Shanghai SIPG, Wang Baoshan told him frankly that he would not be allowed to take another penalty in the future. In the previous match with the Chongqing team, even if the eager Bass also missed the penalty, the team still did not risk letting Achim Peng take the penalty. However, the TEDA team won another penalty this round, but Wang Baoshan did not continue to prevent the Ghanaians from taking the penalty. As a result, Achim Peng kicked the TEDA team to victory. Perhaps, Wang Baoshan did not continue to insist, but also wanted Achim Peng to break the scoring shortage as soon as possible, to get rid of the pressure to usher in an outbreak, but Achim Peng did not score a penalty, and his psychological shadow was even greater. After the game, all TEDA team members came forward to comfort Achim Peng, but after Cao Yang and Jonathan, the TEDA team did not have a reliable penalty shooter, and even the reality that no one dared to take a penalty kick was very heart-warming. .

Now, TEDA is one step closer to the longest record of 17 rounds of unwinners set by the Beijingers last season. The only good news is that this 0-0 is the only zero-closing opponent for TEDA in the first 14 games of the first stage. Of course, no matter how resuming the game is now meaningless, a slightly cruel reality is: TEDA, you don’t have many rounds to win...

Now that the first stage of the Chinese Super League is over, the TEDA team can finally stay away from football for a while, and no longer need to live in the shadow of trembling on thin ice all day long. However, this is only the last moment of tranquility on the eve of the final battle. On October 2nd, the TEDA team will resume training and prepare for the first round of the relegation knockout on October 16th and the life and death duel of Shenzu.

In the past half a month, what exactly should TEDA do to make the team present in front of everyone with a completely new look? First of all, of course, the introduction of strong support. Soares has arrived in China. He is undergoing a 14-day quarantine medical observation in Tianjin. After the quarantine is lifted, he will have less than a week to run in with the team; and, although the TEDA team is currently 5 Two unlimited domestic aid quotas and 7 foreign aid registration quotas have all been used up, but the team is still working hard to reinforce the team with U21 quotas. Of course, this U21 player is definitely not a decoration that can't be played, but an immediate combat power that can enhance the team's strength and meet the U23 rules.

In addition, it is also important to achieve the ultimate in preparation for war. In fact, the TEDA team was completely defeated in the first stage. It was not so much that it was lost to the opponent, but it was lost to its own negligence, carelessness, recklessness and arrogance. Now the team's lineup is neatly rebuilt, and it must be in terms of skills and tactics and research on opponents. Do your homework and stop fighting unprepared. Fortunately, under this special competition system this year, there are only a few opponents that the TEDA team will encounter in the second phase of the knockout. Since the team's preparations are more targeted, it must be prepared well. For a team with insufficient athletic warfare ability, set-ball offensive tactics are very important. TEDA's first goal of the season came from Rong Hao's free kick. Now, including the new aid Suarez, the TEDA team already has three high center forwards. The card around the high center forwards should be the focus of preparation for the TEDA team in the next half month. To

Also, in the first stage of the league, the TEDA players who lost consecutive games in a row are already mentally numb, and it is not ruled out that some people have already considered their future. It is precisely because the hearts of the people have dispersed that the team is not easy to lead. Therefore, on this issue, the TEDA coaching staff must be strict and disciplined, while helping the players to restore their confidence and self-esteem, but also to cultivate team spirit and collective Sense of honor, establish a sense of competition and struggle.

In other games in the Suzhou division, Chongqing Dangdai beat Shanghai SIPG 1-0, Hebei China Fortune beat Qingdao Huanghai Qinggang 3-1, and Beijing Zhonghe Guoan beat Shijiazhuang Yongchang 4-0. At this point, the second stage of the Chinese Super League championship and relegation group is officially released. The first round of the first round will start on October 16.