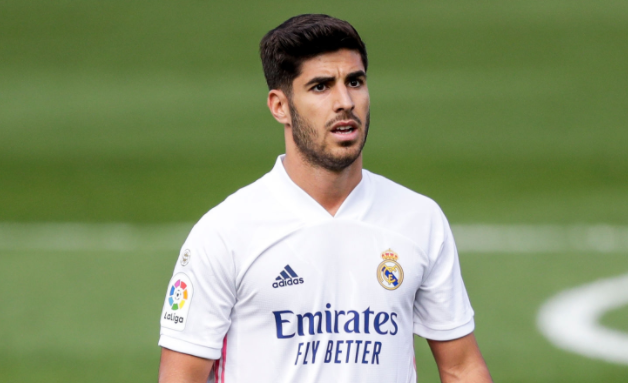 Yes, I remember it clearly.

Yes, this is the life of a player. We know a lot of peers who were in the echelon, but it is really difficult to get into the first team of a top league club in the end.

Yes, Brandon Thomas, he is my teammate in Mallorca, now in Osasuna.

This is really difficult. There are many factors, first of all talents, physical conditions, luck, and opportunities, psychological qualities, many, many factors.

Yes, many teams were looking for me at the time. I also went to the Spaniard’s youth training trial. After that we discussed, for example, which echelon to let me join, and the job of my father, but because my brother is still Mallorca, my father still has to take care of the family, so in the end we chose to return to Mallorca to play football.

On vacation (laughs). My mother came to Mallorca for vacation. My father opened a restaurant. Then the two met. After that, they thought Mallorca was very good, so they chose to get married and settle here.

My mother is a very cheerful person. Once she took me to the port and met Chairman Florentino’s yacht. We greeted him and took a photo with him. That's it, who knows that fate is like this, it's incredible.

Yes, no one can prepare for such a thing, but our father is a model father. He raised my brother and me. The three of us in our family help each other, and life needs to move forward.

Yes, we live in Madrid together, and my girlfriend will also come here, but we have not lived together yet.

She has just graduated from a bachelor's degree and is now in graduate school.

Not yet. Of course, I also have some plans outside of football, such as doing business. I might try it in the future.

Yes, it's a little uncomfortable, but it's healed. This is more troublesome now, because everyone will worry about whether it has something to do with Covid, but there is no problem after I checked, so I can rest for a few days.

Yes, I suddenly felt something wrong during the game, and then my knees felt twisted together. I knew something was wrong, and I was sent to the hospital. Although everyone said, I knew it might be torn. Then the check result came out and confirmed the result.

Yes, it is really the worst experience I have ever experienced. I was lying on the bed, and there were lights on the operating table in front of me, with doctors and various people beside me. I thought at the time, let me fall asleep quickly, I can't bear it. But these injuries, to be honest, there is nothing you can do. You have to put your fate in the hands of others, and there is no other way than waiting.

Yes, the first period is the most uncomfortable because you have to face a lot of problems, pain, and being unable to move. Basically, you can’t take care of yourself at all. From playing football on the court to lying motionless in bed, going to the toilet. Asking others to accompany me basically said goodbye to normal life during those days.

Many, many, because during this period of time I have experienced a lot of things that I have not experienced before. I have to confront myself and my daily life. I have different goals every day. Every day I need to go all out to recover my health.

Many times, but I also tell myself that if I want to continue playing football, I must persist. It wasn't until the end that I could finally continue to play, continue to play, and then come off the bench to score a goal, everything was over.

Yes, that jersey marked my entire recovery process. It was very long but also very important. I asked my teammates to sign this jersey and then collected it.

Yes, I often lost my temper with my family and friends, and they also tolerated my temper.

Yes, it may be, but in fact, without all of this, I would theoretically have a chance this year. Of course, time is tight and my level may be different from now. But after the suspension, I have the opportunity to take a good rest and recover from injuries, which is a good thing for me.

In fact, the year before, I chose to go to Spaniards on loan, because I think there might not be any opportunities in Real Madrid, and I also need to adapt to La Liga because I only played in La Liga before. After that I decided to stay and try. Of course I knew it was difficult, but I hope to have an outstanding performance in the preseason to conquer the coach, and then I chatted with Mr. Zidane, and then the European Super Cup, my performance Yes, he had confidence in me and stayed.

I think he is very frank and direct, and what to say. As for his achievements, I think everyone knows that there is no doubt about his championship.

I think everyone who knows me knows what I meant to express at the time. I am not evading responsibility. I am willing to help the team. What I said at the time, I think, I have said it many times.

Like I said, the first period of time is the hardest, you basically can’t do anything.

I think it is really strange, but it also makes the game more technical.

Yes, because there is not so much noise, everyone is calmer, and the tactics and various techniques are better able to be implemented. The fans in the previous games were on the sidelines and everyone played more emotionally. But I still hope that the fans will return soon. This is the football we are used to.

I certainly hope to be able to start, but this depends on what the coach means.

I think of course,

To be honest, I think it makes no difference. If we stay, of course we can continue to see wonderful performances in the national derby, which is also very good.

(Laughs) Actually, I didn't watch a drama on the sofa. I caught a cold and was recovering from illness. Of course I understand this answer, because before the game against Switzerland, the coach definitely did not want to answer a question about a player who is not on the roster, so it’s nothing, I have a good relationship with the coach.

Yes, I met him about 5-6 years ago. I was already a Real Madrid player at the time. Once I went to a tennis match and then I met him.

Yes, he should have watched my game in Mallorca, and then recommended me to the chairman.

It's okay, but when I was injured before, I always couldn't sleep well all night because I always thought about my knees, but now it's better.